Updates from Our Practice

To all our valued patients: we want you to know that despite the COVID-19 virus, we are still here to serve your essential dental needs. We are seeing patients who are suffering with urgent and emergency dental issues like severe pain and discomfort, infection, toothaches, dental trauma, cracked, fractured or broken teeth and denture adjustments and repairs. Our office hours are changing daily, to accommodate the needs of our patients. Please call us to schedule an appointment.

A Dentist in Westminster Identifies the Signs of Gum Disease 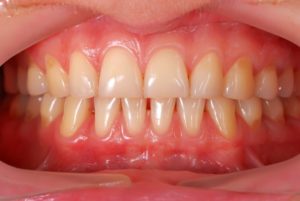 To prevent this condition from affecting you, learn about the signs and how to get treated by a dentist in Westminster!

What is Periodontal Disease?

Also known as gum disease, this condition is a bacterial infection that could be dangerous if left untreated. As mentioned earlier, it’s quite common and largely preventable, but left untreated can cause significant consequences to one’s oral health.

For example, It can easily cause the gum tissue to deteriorate, making it impossible for teeth to stay in the mouth. This is why gum disease is the number one cause of tooth loss not just in the country, but in the world.

It can also result in permanent bone loss and a deterioration of the barrier between the mouth and the rest of the body. This leaves the body exposed to bacteria typically exclusive to the mouth, increasing the risk of cardiovascular disease, stroke, and other systemic diseases.

What are the Symptoms?

The symptoms of periodontal disease are typically unnoticed until they are significant, which is why it’s referred as the “silent killer” by dentists. However, early signs of gum disease typically involve redness, tenderness, and minor bleeding while brushing. If you only notice blood while flossing, chances are it’s just been a long time since you’ve flossed and need to get back into the habit.

However, if you notice your gums receding, a change in the way your teeth come together while biting down, have chronic bad breath that doesn’t go away, or experience regular bleeding, it’s a sign that you have moderate to severe gum disease that needs treatment.

How Do I Get Diagnosed?

Routine visits are a great way to catch and treat gum disease before it does any damage. When you visit, your dentist will ask if you have any symptoms as well as check the pocket depth of your gums. If your gums have a depth deeper than 3 millimeters, you’ll likely need an in-depth cleaning known as scaling and root planing. This is meant to remove plaque and bacteria from underneath the gum line and smooth out the tooth roots.

How Do I Prevent Periodontal Disease?

Don’t hesitate when gum disease is present. Schedule an appointment today and get your oral health back in good condition!

Dr. Terry Batliner earned his DDS degree from the Northern Colorado Dental School and the University of Iowa. His gum therapy treatments can help many patients get their gums back to a normal healthy state thanks to his clinical expertise.  To learn more about his practice, contact him through his website.

Sorry, the comment form is closed at this time.